Super Smash Bros Ultimate will be getting a brand new DLC fighter soon.

This will be the ninth fighter within the Super Smash Bros universe, as Sephiroth was the latest character introduced.

Now, players are looking ahead to the future announcement which will be over the weekend.

Here's everything you need to know about the next Super Smash Bros Ultimate fighter!

Announced via a tweet from NintendoVS, Masahiro Sakurai who is the director behind Super Smash Bros Ultimate will be showcasing some details around the new fighter over the weekend.

Join Super #SmashBrosUltimate director Masahiro Sakurai on 1/16 at 6am PT for a roughly 35 minute video livestream featuring an in-depth look at an upcoming DLC fighter, which he will unveil in the video! 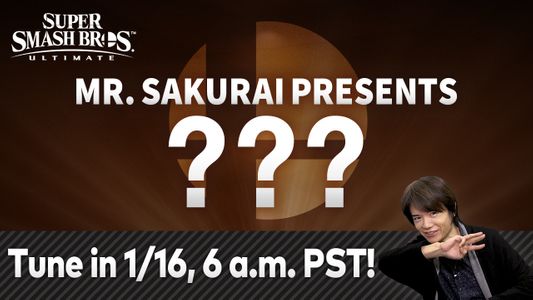 There has been a lot of discussions into which character will be announced during this livestream.

Players have suspected the following characters could be announced:

Whether or not it is any of these is unknown as of now.

We will have to wait and see what Mr. Sakurai announces over the weekend!

Be sure to let us know who you want to see added into the game.